News on replica Shrunken Heads,Tsantsa, made in the Javaro tradition. 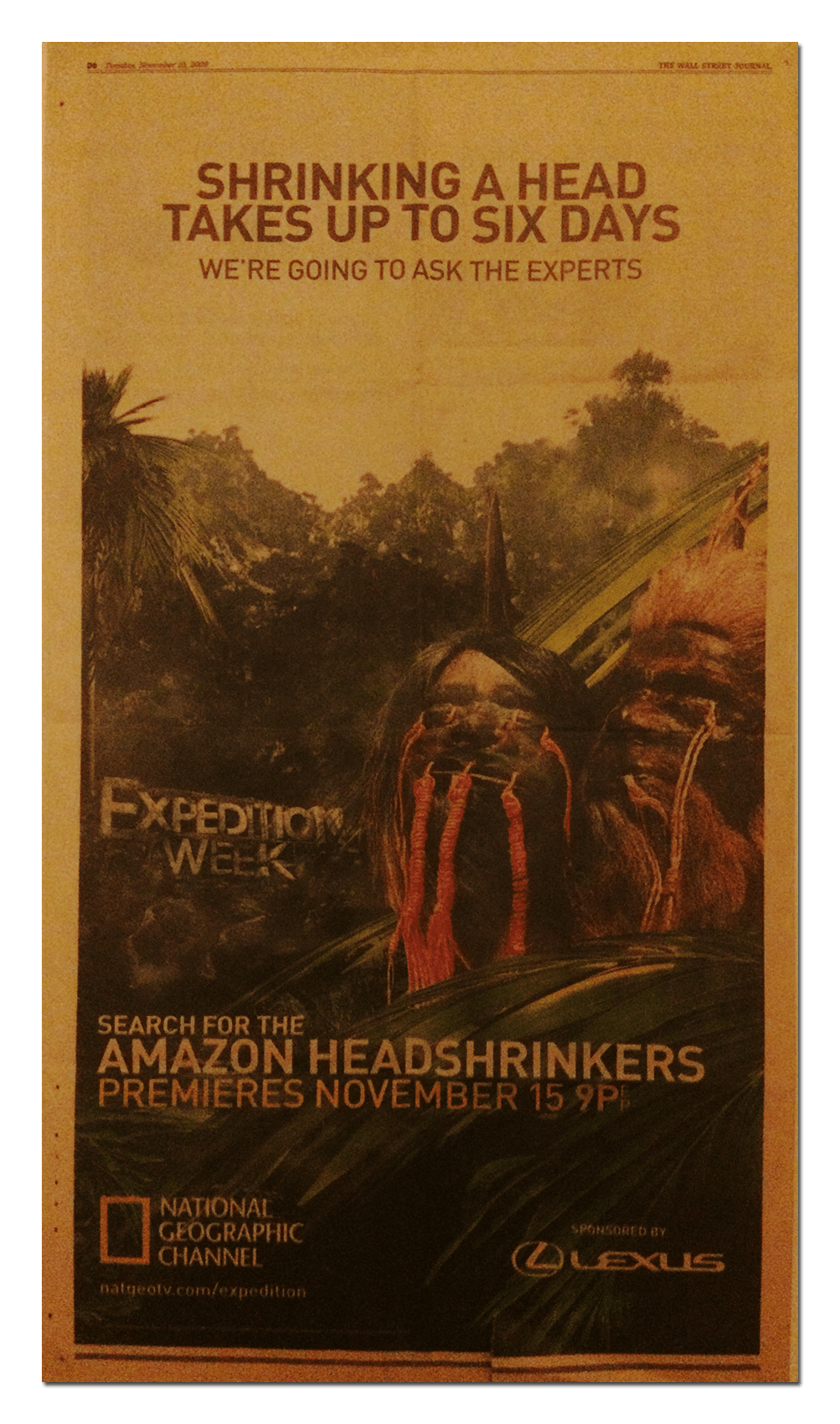 In November of 2009, The National Geographic Channel ran a week long series called Expedition Week.  The first night was titled, "The Search for the Amazon Head Shrinkers."  While the television program featured original tsantsa, the advertising for the show featured heads that were made by our artisans and purchased from Salangome.  The National Geographic cover for the program was prominently displayed in a full page ad in the Wall Street Journal!  It was an absolutely thrilling moment and this WSJ clipping is full of happy memories here at Salangome.